The number one question that is often asked of RDU is, “what is happening with our wage claims?” For drivers who have been with us for a while, and others who may have joined more recently, we wanted to take the time to rewind and give a quick breakdown of what the wage claims campaign is, and where the current Attorney General and Labor commissioner lawsuits are now

In the fall of 2019, drivers from all over California worked together and lobbied to pass real reform for the rideshare Industry – California Assembly Bill 5 (AB5).

AB5 closed the loophole that Lyft and Uber were using to misclassify drivers as Independent contractors while denying us true independence. AB5 would force them to give us the benefits of labor rights & protections by classifying drivers as employees since they were treating us like employees anyway.

With this corrected classification, over 5,000 RDU drivers filed wage claims with the states labor commission for stolen minimum wages, unpaid overtime, sick days, and vehicle expenses. In August of 2020, the Labor Commissioner and the California Attorney General both sued Lyft & Uber for “committing wage theft by willfully misclassifying drivers as independent contractors instead of employees,” and are seeking to recover the losses that ALL DRIVERS in California had to endure from misclassification. 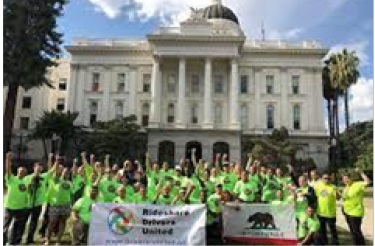 This is not a class-action suit. Regardless of where you live now, whether or not you’re still driving for Lyft and/or Uber, you will be entitled to your stolen compensation if you were driving for any length of time between late 2016 to December 2020. 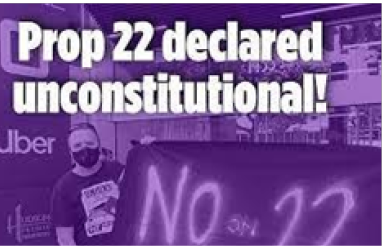 From the time the lawsuits were filed, Uber & Lyft have used every delay tactic in the book to try and derail the cases against them; claiming that Prop 22 superseded AB5, that drivers were bound by arbitration, and appealing nearly every ruling the judge has made. Although these delays have dragged the process out considerably, they have not stopped the cases from moving forward.

The cases are still active, with the court recently slapping down an attempt from Uber to dismiss the cases due to arbitration just at the start of September. This case is a huge part of RDU’s ongoing campaign to get back what is owed to all drivers, and hold the companies accountable for exploiting us all. If you want to learn more, we encourage you to check the Superior Court of California’s website for the most up-to-date legal filings and RDU’s wage claim campaign webpage for future updates.