In early January, drivers in both San Diego and Los Angeles received notices from Lyft that they would be piloting a restart of their shared rides program. Already disdained by drivers as low earning rides with high mileage, shared rides posed a massive threat to drivers during a time when over 500 Californians were dying from Covid-19 per day! Outraged by the lack of concerns for our very lives, drivers throughout the state demanded better. Over 2000 drivers from all across California signed our petition, demanding an immediate end to the shared rides program and that the companies compensate us for the time and materials we spent to sanitize our vehicles for the protection of ourselves and customers. 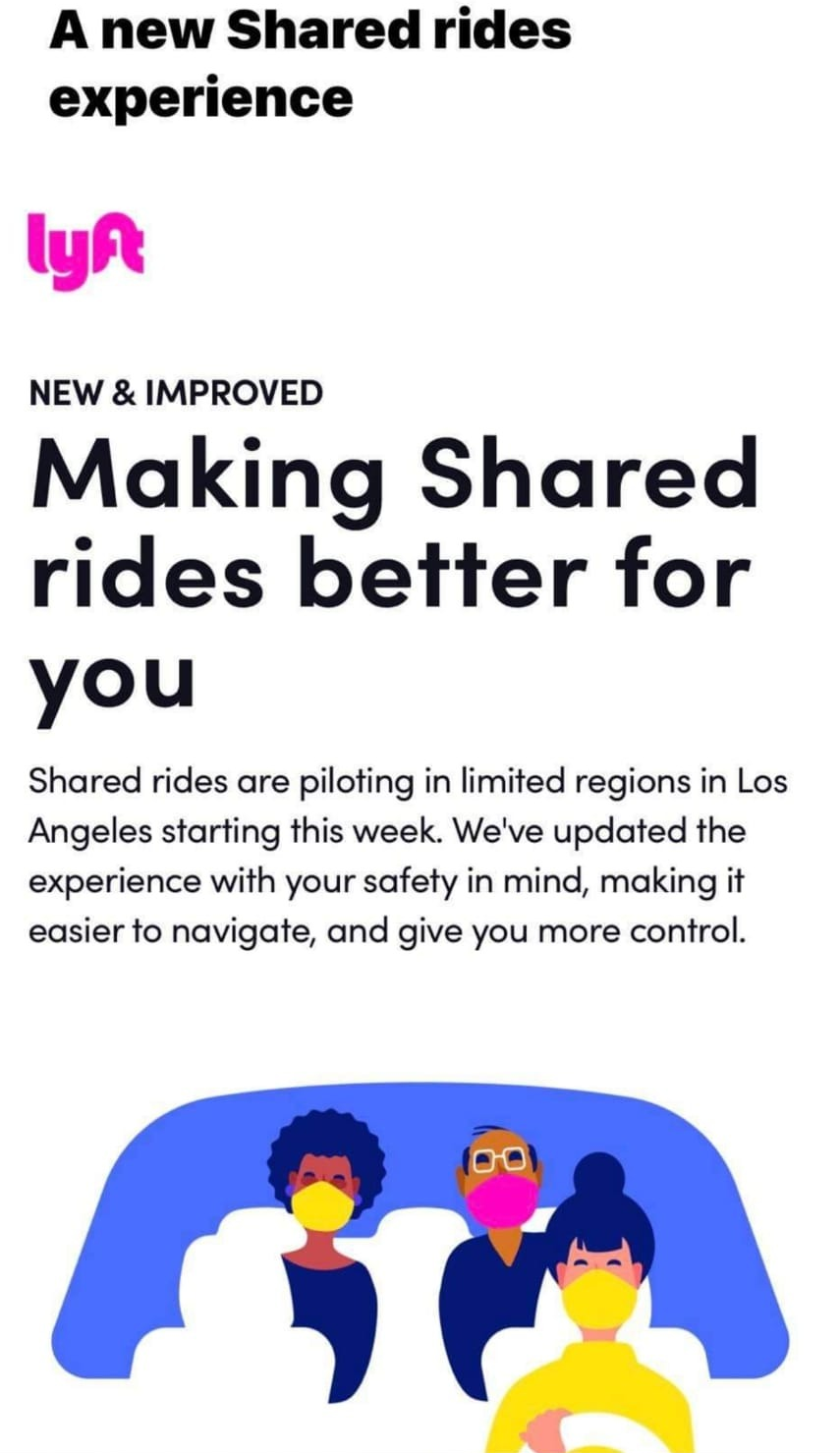 On February 2nd, some draped in homemade “haz-mat suits”, members of the RDU safety committee delivered our petition to the Lyft hub in Monrovia. The company representatives denied taking our petition, claiming, “We are here to help drivers,” while members of the committee shouted, “We are Drivers!” Despite not taking our petition, the 15 members drove to the Monrovia Cal Osha office and delivered our petition, along with a formal complaint that Lyft had violated safety guidelines by denying workers paid time to sanitize our cars, and allowing more than two customers at a time. Soon after delivering the petition, CBS Los Angeles reported that Lyft was canceling their shared rides program for the foreseeable future. Since then, a formal complaint was also filed against Uber for the same violations and both are pending with Cal-OSHA.

This action was a demonstration of the lack of concern the companies have towards us, but also the power drivers have when we work together and make our voices heard! 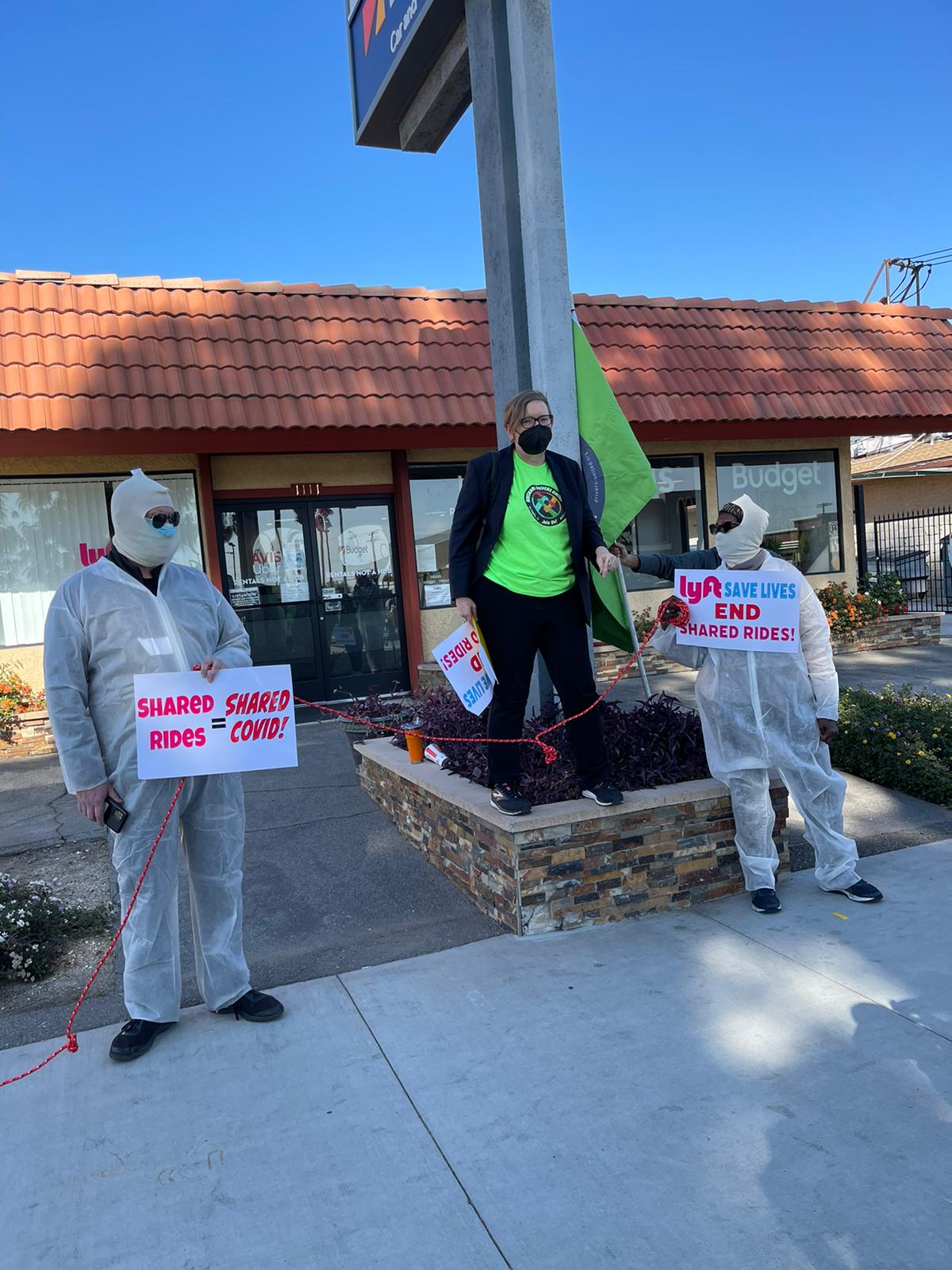 //Prop 22 Spreading Globally Despite Being Found Unconstitutional in CA

By Daniel Russell (Driver since 2016)

We knew Prop 22 was bad for drivers despite what the companies claimed. We knew they were lying to the public and drivers to get their own way. They spent more money spreading these lies than has ever been spent on a ballot proposition in the history of the USA, more than $220 million to write their own law. Allowing them to pay us as little as possible legally, while stripping us of our basic labor rights through our misclassification as independent contractors.

Now, with Prop 22 in effect, it’s very clear that their law gave drivers nothing and gave them the right to do whatever they want. With Prop 22 in effect, the companies have continued to manipulate fares at will and are taking an increasing percentage of the fare from drivers. Prop 22 has even been found unconstitutional by the California court system, yet these companies continue to ignore our most basic worker rights.

Now, the rideshare corporations are trying to duplicate their unjust law in other parts of the country. They are moving a new Proposition 22-style measure on the ballot in Massachusetts and have started similar efforts in other states. It is important that we continue our fight against Prop 22 here in California in an effort to expose these companies and let drivers know everywhere that these company-written laws are bad for drivers and are nothing more than multinational corporations writing their own rules and regulations so they can exploit workers with no accountability.

This is a fight that we must continue not only on behalf of drivers but all labor. Just recently, a potential Prop-22 style measure was put forward in CA that would strip healthcare workers deployed by apps of their labor rights. This is why thousands of workers from all industries came out to support us in our fight against Proposition 22. Prop 22 is an attack on all working people and especially on underprivileged and underrepresented communities most vulnerable to exploitation. 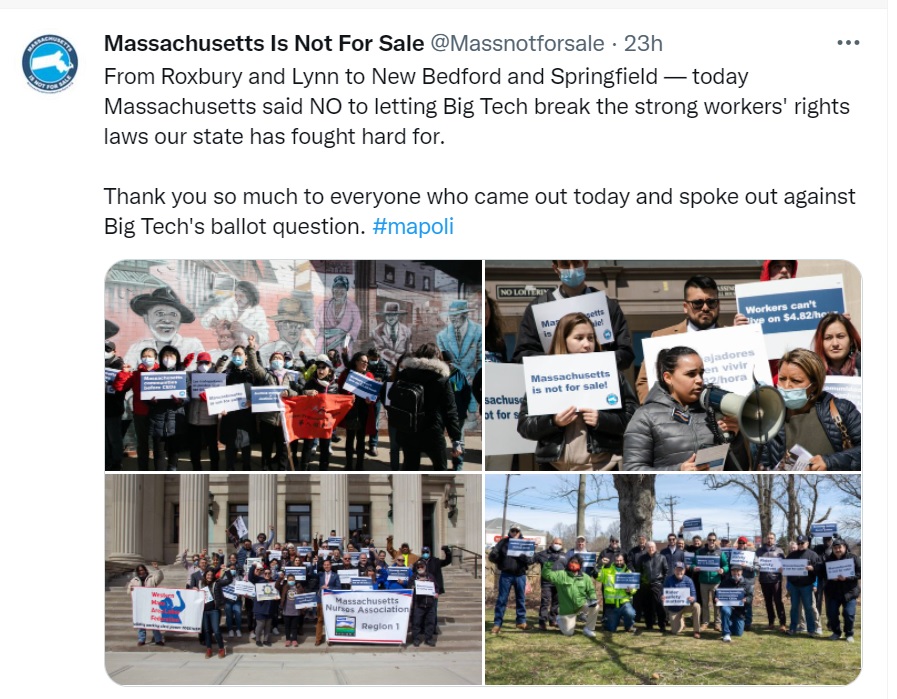 It is imperative that we continue as drivers to find ways to expose and bring attention to how we are algorithmically managed to ensure minimum pay and maximum effort. It is imperative that we show drivers and workers across the world that Prop 22 in California was nothing more than a corporation creating loopholes to allow them to act with impunity against the interest of their workers. It is essential that we continue to work together to bring drivers and our voices to the forefront of our industry.

No time like the present with gas prices skyrocketing to make everyone want to convert to an electric vehicle. But after the price of an EV, the time it takes to charge the car, and that many of the places we live don’t allow home charging, it’s not an easy fix.

The state of California has passed new laws that require rideshare companies to convert to all-electric fleets by 2030. The State thought they would create incentives for Lyft and Uber to convert their fleets.

So RDU got involved in efforts to ensure incentives went to drivers, not the companies.  “Whose cars do they think they are?” asked Nicole Moore, President of RDU. “The way they wrote the law, it was as if they thought companies would actually be able to make that change, and it would be all fair. We got in there to let the state know that we finance every penny of the fleet - cars, fuel, depreciation, maintenance - and if they give incentives to the companies, it’s likely we as drivers will never see them.”

Through hours of meetings that included RDU members speaking to CAIR and CPUC in public hearings, working in coalition with other unions and environmental groups in the Blue Green Alliance, as well as talking to members about their experiences with electric vehicles, RDU delivered a set of principles to the CPUC to support drivers in conversion to electric.

“I think the most important thing is our position that any money the State uses to help convert the fleet needs to come to drivers, directly from the government,” said Alvaro Bolainez. “If the money goes through the companies, it’s like a shell game - and we won’t see the money.”

To see the text of the bill RDU is weighing in on how to implement: https://leginfo.legislature.ca.gov/faces/billNavClient.xhtml?bill_id=201720180SB1014

We are a driver led organization and when you step up to lead we are stronger. In particular members who can help us hold meetings in other languages help increase involvement of drivers of all backgrounds. If you want to take the next step to help organize our path to victory, there are a number of things you can do:

By Roberto Moreno (Driver since 2015)

Have you had a customer who is curious about what it’s really like working for rideshare? Have you had those conversations where customers complain that they are being charged so much, even though you, the driver, are only getting 20% of the fare? For a long time, Drivers have struggled to talk with our customers about the realities of our industry and what challenges drivers face. This is what inspired the RDU San Diego committee to do something about it! The committee created the Rideshare Riders United webpage: a digital resource directed at customers, busting many of the Myths riders have about rideshare. The page also contains tips for how customers can show their appreciation to drivers, and even how to support independent driver organizations like RDU.

San Diego RDU is also experimenting with including a QR code that links directly to the webpage which can be taped in the back seat of the car, giving customers an easy way to access the site. As RDU works to expand its membership this year, we are keeping a close eye on this program, with a vision to send a copy of the QR code to every member throughout California!