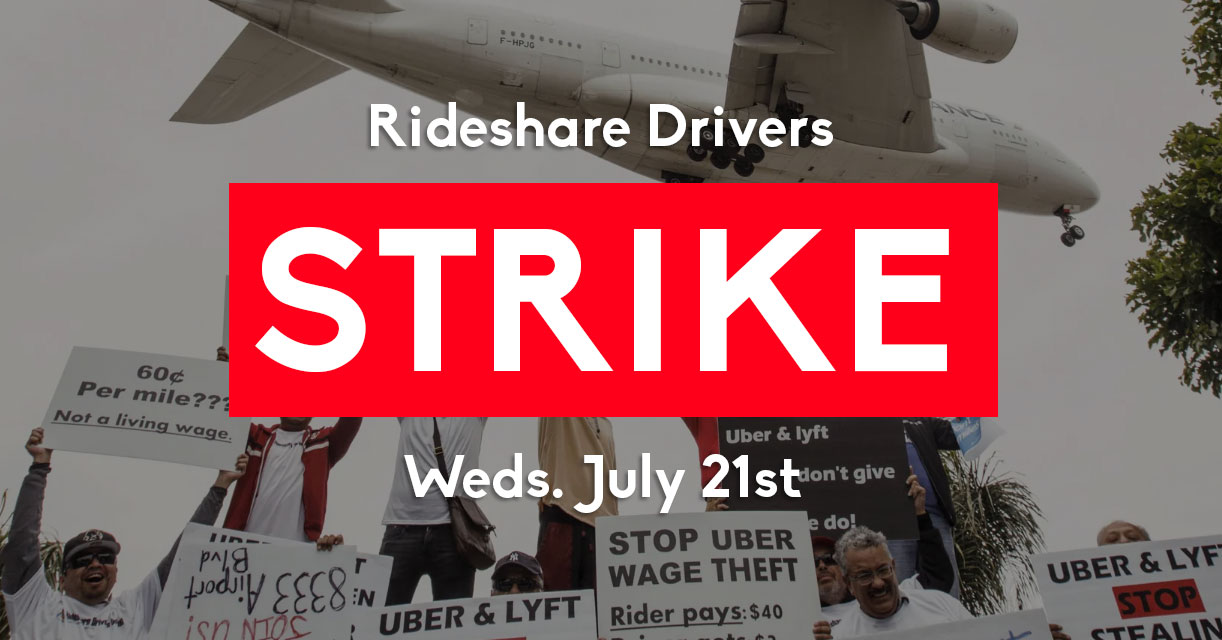 App-Based workers in California and around the country are striking on July 21st! In California, app based workers have been devastated by Prop 22, the rising prices in gas and costs of driving and declining rates and taking away our flexibility in the app makes earning a living wage nearly impossible. App-Based workers need basic labor rights and they need the PRO Act now! The PRO Act would give App-Based workers the right to organize and collectively bargain with Uber and Lyft.

We are asking for supporters of Rideshare Drivers United and App-Based Worker Rights to help raise public awareness about our strike.

How can you help?